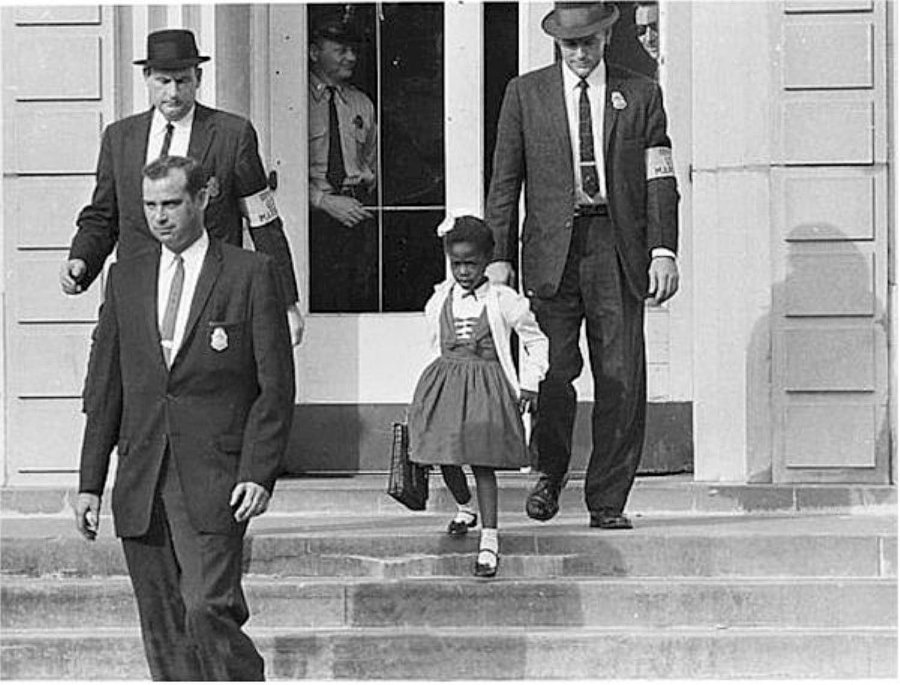 Charlottesville shocked me. I know there are neo nazis in the US and many other countries including the UK but I was still shocked to see them out loud and proud walking the streets of a town in the US, wearing Nazi Regalia raising their arms shouting ‘seig heil’ and what is much worse, getting away with it.

That one of their number drove a car into those protesting against them injuring 19 and killing one is utterly repulsive; they are terrorists. That the president of the United States in 2017 could not bring himself to condemn them sent chills down my spine. The US is descending back into the naked slavery upon which it was built.

Many white people declared that the election of a black president meant that they were living in a post-racism era. How wrong they were. It simply meant that the racists felt even more aggrieved and even more emboldened.

They say they are marching for the right to keep Civil War commemorative statues standing. They lie. They care not one jot for these statues as such, many of which were erected in the early 20th century during the Jim Crow Era fifty years after the civil war. They want the right to remind black people on a daily basis that we are less than; we are ‘other’; that we are, at most, two thirds of a man. Jim Crow was slavery by another name. Because slavery was illegal Jim Crow tried to terrorize black people into into submission via segregation and anti-miscegenation.

You might have rights in the courts it said, but you dare try to enforce them and we can and will tie a rope around your neck and hang your body from a tree. And this will not be in the middle of the night this will be in broad daylight and our children will watch and clap and nobody will lift a finger or say a word against it much less be convicted of anything.

But those of you condemning Charlottesville, as you well should, find it easy to condemn. That is because it is the worst of racism on display. But racism is not just Nazis marching in the U.S. it is a continuum, from microaggressions at one end to Charlottesville and worse at the other. Where do you stand on that line?

For seventeen years I ran an anti-racist organisation which tried to educate children by promoting cultural diversity in schools through books, teaching packs, plays and teacher-training. A few years ago I was delivering some training at schools away from my home and stayed overnight with a friend. I have known her for many, many years. After a long evening nattering and catching up on our lives; she showed me into a well upholstered bedroom in her renovated Victorian house. It was only when I work in the morning that I saw the stuffed Golliwog sat on the mahogany dresser facing the bed.

I was in a hurry to get to the school I was working at that day; I was also in shock. I said nothing to her. In some ways I faced worse at the school. Teachers reluctant to participate in the activities, a non-teaching-assistant who failed to help me set up as promised, they ‘forgot’ the school lunch I had ordered so I didn’t eat all day and to cap it off I was asked to apologies for ‘upsetting’ the NTA (I did not apologise). But at least I was being paid to be in what I knew might be a hostile environment.

To this day I have said nothing to my friend. Until thinking about Charlottesville, I buried it. I found it hard to believe that in the second decade of the 21st century a well educated liberal person should have such an item as decoration in their house; much less fail to remove it when they had a black guest staying in that very room. I don’t know if she had golliwogs in all her bedrooms or simply the one I stayed in. Either she did not know that it would cause offence or if she knew she did not care enough to remove it. The irony has not been lost on me that whilst that I was only staying at her house because I was promoting anti racism in her City.

What’s up what’s this got to do with Charlottesville you might ask. Well if you do ask, I would have to take a few deep breaths before trying to explain to you something you really should already know, but here goes. It starts with microaggressions, it starts with not recognising the humanity of black people and it begins to escalate to assuming, for instance, that they do not deserve the places they have at universities or in work. It then moves to condoning their dismissal or mistreatment at school or work.

If you thought the kind of racism exhibited in Charlottesville had ended you were wrong, it just went underground and not very deep. Brown vs the board of education desegregated schools in the South in 1954; in theory. In practice in 1960 five year Ruby Bridges had to escorted to school by US Marshalls to get her safely past the white racists baying for her blood. They could not care less that the world’s cameras were upon them. Now it’s slightly more sophisticated with white students suing universities for allegedly ‘giving’ their places to black students.

If you haven’t read the case of Eni Aluko England’s 2016 top goal who was dropped the week after she told a supposedly confidential inquiry about the racism exhibited towards her by the coach; I suggest you read it now. Because this happened in 2017. When she told him her family were coming to visit from Nigeria he replied ( in public at a team meeting) that they “better not bring Ebola with them”. They paid her £80,000 to drop her industrial tribunal action against them. The coach is still in place and still being defended by the FA.

Condemning Charlottesville is easy, but where do you stand on the many shooting deaths of back civilians by the police? The end of the top scorer’s international career? Golliwogs on the bedside? It’s not just about condemning the worst atrocities, it’s about looking at the structural racism that our societies are built on. If your first question on the killing of a black person by the authorities is: what did he or she do? Then you have a problem. The last time I looked capital punishment was not on the statute books in the UK, yet Rashan Charles was choked to death by a police-officer acting as judge jury and executioner. He was not swallowing a stash of drugs, but even if he had been he did not deserve to die. Black people do not have to be angels to deserve to live.

Charlottesville should be a turning point not just for Americans. These people are, deep down cowards. They are marching for the right to continue to terrorise black people because they do not want to complete on anything remotely resembling a level playing field.

Yesterday I went to the Pride Parade in Manchester, it was fun and lively and, well, gay. Homophobia is still alive and well in the UK but the tide is swiftly turning, partly because gay people have marched and protested and fought long and hard for their rights. And it worked. Big companies were sponsoring floats at the Pride Parade. When neo-nazis planned a march in San Fransisco, they came up with the wonderfully creative dog poop protest.

By allowing their dogs to shit en masse in the park where the march was to take place they managed to get it cancelled on health and safety grounds. Now I’m not saying that the “Party Poopers” as they have become known were all gay, but a city known for its gay activism was not going to let Nazis walk all over them.

The point is, for evil to flourish all that is necessary is that good people do nothing. If you consider yourself one of the ‘good people’; what you gonna do?

This site uses Akismet to reduce spam. Learn how your comment data is processed.